Denver home prices continue to climb according to CoreLogic Inc. The home price index for Denver home prices for February showed an average of 9.7% higher than a year earlier. The figure also included sales of distressed and foreclosed homes however, when excluding the distressed and foreclosed homes, the index rose 7.6% respectively. The CoreLogic Inc. Denver home price index pretty much mirrored the latest S&P Case-Shiller Home Prices Index which showed a 9% increase year-over-year. On a national basis, the home price index increased 12.2% in February including REO’s however, without REO’s the home price index increased 10.7%. Inventory of homes also increased according to MLS however, the number of home sales dipped compared to a year ago. The average home sales prices for a single-family home in metro Denver area came in at $327,999 which was an 5% increase compared to previous month and up 6% from March. In April, there were a total of 4,498 homes sold, up 16% from March although down 9% from April 2013. Homes under contract also declined from a year earlier, down 7%. Average days on the market for April were 35 days compared to 47 days on the market in March and 51 days on the market in April 2013. 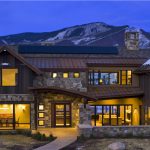 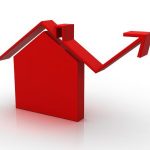 Home prices in Denver reach an all-time high in March