House prices in Denver are up 11% YTD 2015 however slowdown could be in sight but probably more of a seasonal slowdown. The average house prices for a single-family house in Denver metro area reached $398,591 in September according to Denver Association of Realtors. Meanwhile, average condo prices in metro Denver area increased 16% year-over-year in September to $253,019 from 217,743. Average days on the market for condos also dropped to 24 days or 17% compared to single-family houses where average days on the market dropped from 35 days to 30 days.

Inventory is still very low with only 4,247 new listings on the market in September, which was a 12% increase compared with 3,768 new listings last year. Number of condos sold in September however only increased slightly to 1,451 sold compared to 1,446 a year ago. The number of single-family houses sold in September was 3,509, a 0.11% decrease from last year’s 3,513 sold. Year to date, the metro Denver real estate market has accrued a record breaking $15.4 billion in total sales volume, a 15% increase over 2014, according to DMAR. 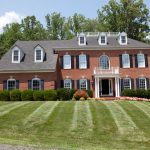